Maybe Your Sales VP Is The Problem 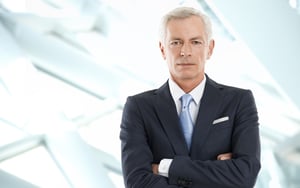 We are now going through the biggest communications revolution in human history. Nearly every single person on the planet has a smartphone in their pocket and your potential customers are instantly engaged 24/7 to the companies they want to do business with.  The problem is that sales VPs and sales managers typically learned how to sell before the revolution and many insist on managing their teams based on the old rules that worked for them.

Now buyers are in charge. They do independent research to learn about companies and products and services. They don’t wait for somebody to call them but instead they want to engage when they are ready.

Most companies promote people into sales leadership roles because they were a good salesperson. But frequently, those people who have been moved into management roles learned how to sell before the availability of smart phones in everybody’s pocket. They learned their craft when sales people were in charge of a buying relationship and the salesperson could dictate the terms by which products are bought and sold.

That old world is never coming back.

Sales VPs who still manage their sales people using the skills they learned as a sales person like cold calling, and fixed follow-up schedules will likely fail.

What about your Sales VP? Does he or she understand the new world?

The ‘Old School’ Factors that Lead to 21st-Century Sales

If Your Sales Pitch Is Missing This Step, You May Miss Out on the Sale

So, You’re in Sales But (Secretly) Yearn to be a CEO. Here’s How to Make That Happen.

The Salesperson Expert versus the Web-Educated Buyer

Startups That Overlook the Cost of Sales … Fail!

Sales Enablement Tools Are the Keys to Making More Money